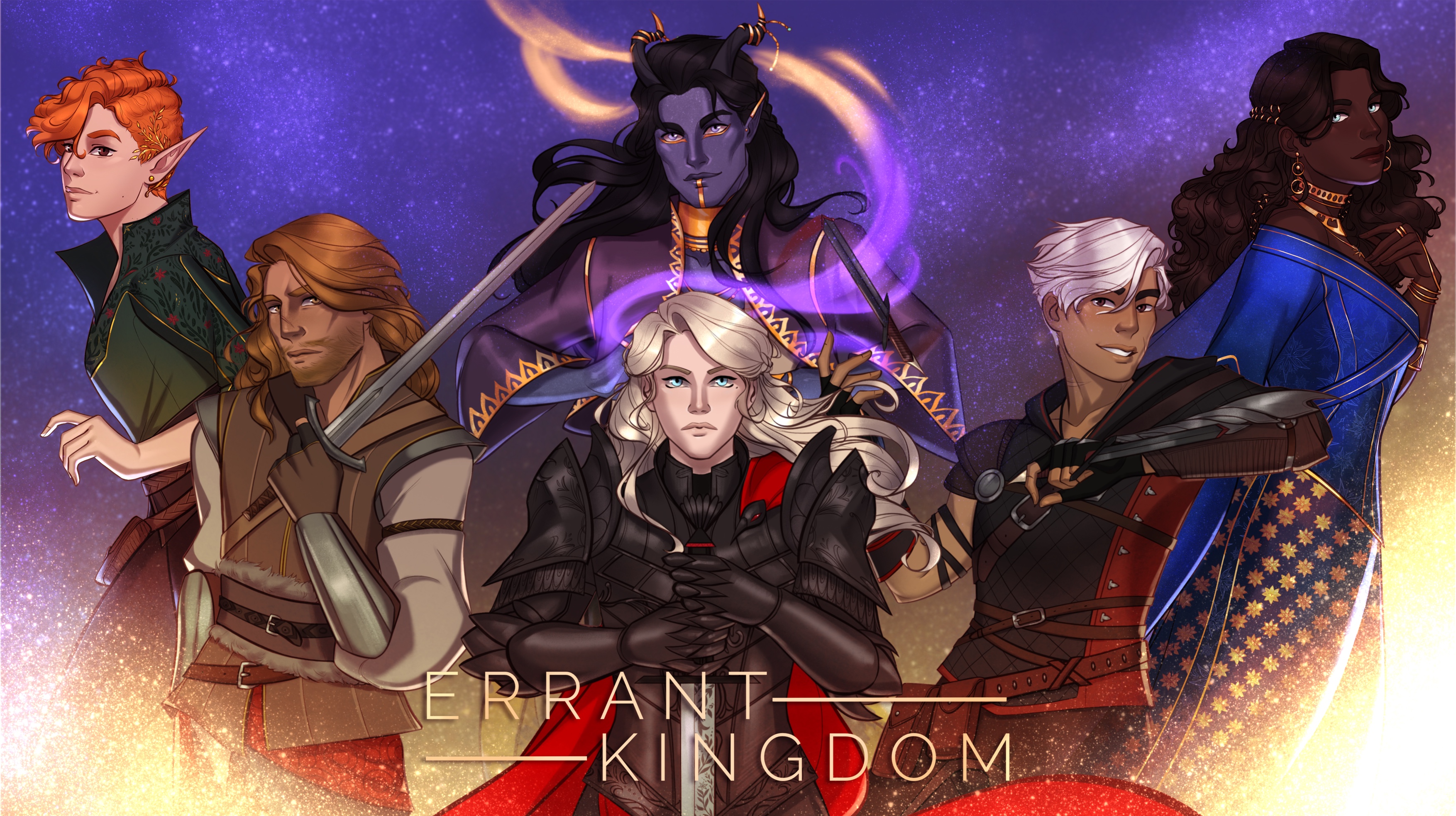 As WTNC is slowly drawing to its finish, we've been secretly working on our next project; Errant Kingdom.

As huge fans of Dragon Age, The Elder Scrolls, Pillars of Eternity, and many other high-fantasy franchises, we've always wanted to dabble in creating a universe of our own within that theme. With Errant Kingdom, we've done just that.

The Kingdom of Novus has been thrown into disarray, and it's up to you to decide if you’ll help to bring peace, or if you’ll stoke the fires of chaos. Enter a high fantasy world steeped in political intrigue; where magic touches the land and blood turns the wheels unseen.

Pick a side, and meet your match.

We'll be launching a Kickstarter campaign on August 30th to seek help with funding the creation of the game, with a hope that, if successful, the first of five volumes will be released in December!

Head over the the Errant Kingdom page and add us to your list to keep yourself in the loop!

Get When The Night Comes

When The Night Comes

When the night comes, death follows...

Whoever your artist is (for both this and WTNC) they deserve a lot of kudos! Their work is amazing. :)

I have a few question though:
1) Will there be romance and will we be able to chose our pronouns?
2) Will there be a character creation of some kind?
3) Is EK going to be a pure VN or have some RPG elements in the mix?
4) How many chapters are you planning on releasing?
5) Do you have a price in mind for the final product?

ommmmmg yes i love your works and i'm so glad there will be more you guys are my favorites!

:,) I adore da and lookin at the art you guys have up makes me ecstatic! bioware may never give us the da4 we deserve, but wtnc is willing to give me errant kingdom and for this im thankful

I really like the art for the new game and can't wait! It's going to be hard to pick who to go for first

Are you planning to release a demo prior to the KS launch?  Also will there be a preview page for the KS to see the campaign and rewards pre-launch?