A downloadable Visual Novel for Windows, macOS, and Linux

Errant Kingdom is a queer, high-fantasy visual novel for PC, Mac & Linux, brought to you by Lunaris Games, a small team of queer developers.

Parts One - Four of Errant Kingdom, which consist of the Prologue through to Chapters One - Five, are currently available, containing 45 CGs and over 340k words.

After a long delay and porting the game to a different engine, we are now releasing the finished version of the game in two chapter updates fortnightly, starting December 23rd. We aim to have the final, full version of the game with 8 chapters out by the end of February 2023, or earlier.

The Kingdom of Novus has been thrown into disarray, and it's up to you to decide if you’ll help to bring peace, or if you’ll stoke the fires of chaos. Enter a high fantasy world steeped in political intrigue; where magic touches the land and blood turns the wheels unseen. Dishonor & betrayal. Hope & despair. Pick a side, and meet your match.

Errant Kingdom is a story with darker elements at play. As a denizen of the kingdom of Novus, you're at the heart of watching history unfold before your eyes. Whether you see its rise or fall, however, is up to you. There are those who will help you in your endeavors along the way, and might even find themselves enamored with you. Though, it is also possible to earn their ire should your plans be devious. Only you will influence how the story evolves, and the most important moves to make are yours, and yours alone.

Errant Kingdom features three playable protagonists (with no fixed protagonist portrait, leaving players free to imagine their character as they see fit) and eight potential romance routes (six individual, two polyamorous). You can also play the game without romancing anyone and it will not affect your experience in any way.

If you choose to purchase the game in its unfinished state, your purchase will give you access to the download of the Prologue and Chapters 1-5. When the final, complete version of the game releases in December, you will receive this as a free update. We have no in-game purchases, and this one-off cost will give you access to a potential 240+ hours of gameplay when taking into account our 8 romance routes, our no romance play-through, and our three different MC roles.

Errant Kingdom is Rated M17 for explicit language, violence, and sexual themes. The game is made with the Unity engine.

You're a revered noble from Vih'thris chosen by your King to serve as an Ambassador to the kingdom of Novus. Previous meetings between you have made you see eye to eye, and you've managed to establish a friendly, but tenuous alliance. While newly immersed in the court of Novus, you advocate for the betterment of both kingdoms. However, though you may serve the realm, you also serve the people. The assassination attempt puts into question both the King & Queen's ability to rule and their integrity. It's up to you to decide how you will proceed.

You've been sent to Novus from the neighboring kingdom of Vih'thris as a show of good faith between rulers. Hand-picked by your king, your reputation as a knight proceeds you, and you've been charged to serve Novus and its inhabitants in the name of glory. The reception to your arrival has been promising, but following an attempt on the lives of Novus' rulers, everything has been thrown into chaos. You've sworn to protect Novus with your life, but are you happy to serve the sometimes bloody hands that rule?

By the order of a high-ranking associate in your hometown, you find yourself stationed in Novus; a kingdom that has a grudge against its newly appointed rulers. As a small rebellion threatens to find its footing, you plant yourself amongst the 'normal folk' to cause chaos. Though, it is up to you to decide if you will stoke those fires of rebellion, or if you'll douse them and reduce them to ash.

We want to give those who might not be interested in pursuing a romance the chance to comfortably enjoy the game. You can play the game without having to select any flirt options or enter a relationship whilst still experiencing the story in full.

Unlock character information, lore, and much more in our Codex that will appear in the main menu via the 'Quests & Extras' noticeboard.

Errant Kingdom has an LGBTQA+ cast of love interests, each with their own unique backgrounds and intertwining stories.  If you choose a romance route, you will become exclusive with one (or two, if polyamorous options are selected) of our love interests, and will gain access to special scenes, CGs, and conversations.  Our story is linear, so once a romance is selected, you will still interact with all of our other cast members!  All six love interests are romanceable individually, and our polyamorous relationships are Lucien & Raiden, and Maja & Erik. Roux is asexual, and Livia is demisexual. 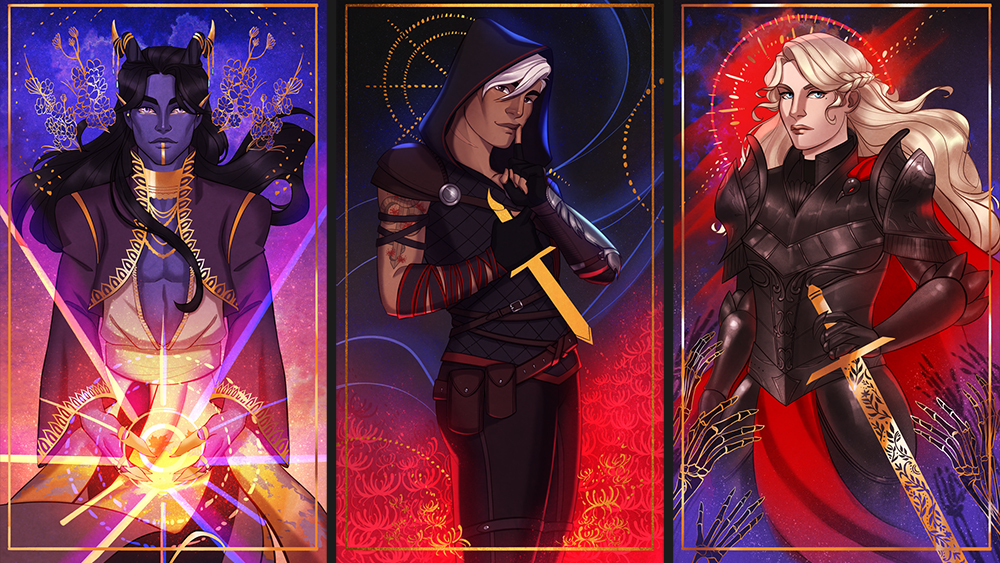 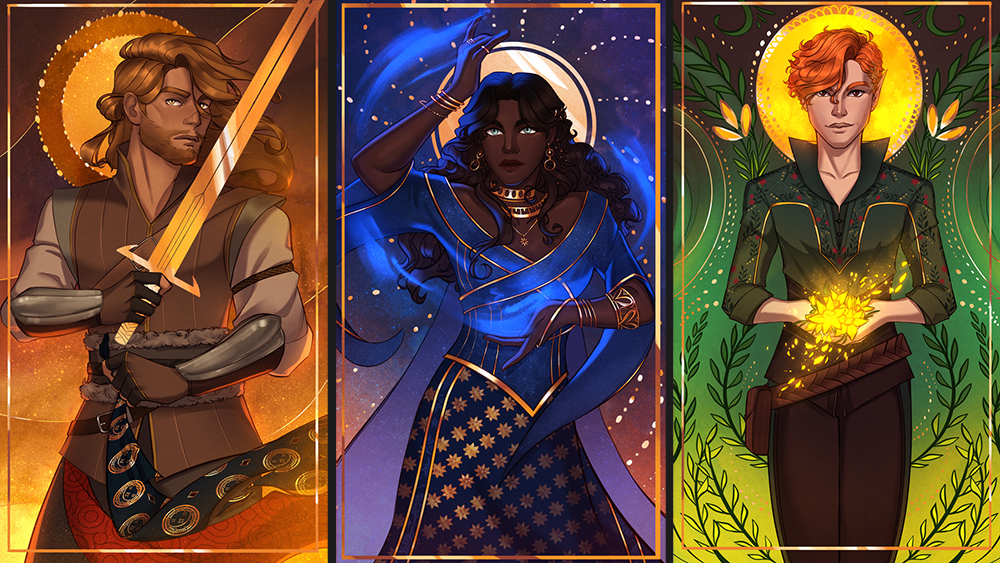 In order to download this Visual Novel you must purchase it at or above the minimum price of $20 USD. Your purchase comes with a Steam key. You will get access to the following files: 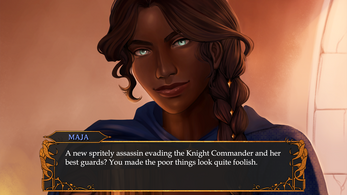 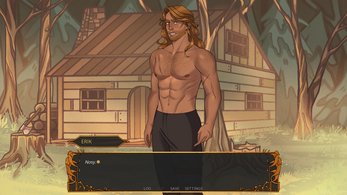 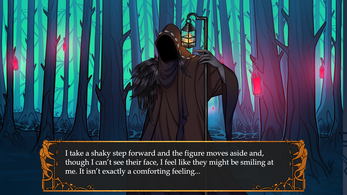 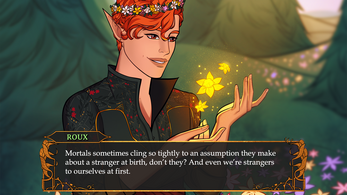 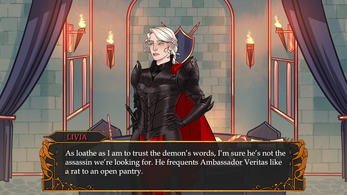